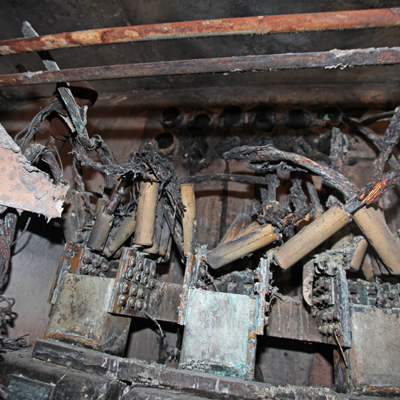 Two buildings within a prestigious teaching hospital campus were left without power after the failure of a set of underground service entrance conductors, causing a major disruption in patient care and facility services for the entire campus. A local contractor responded to establish temporary power to return the facility to operation.

A permanent repair plan was developed by the hospital's consulting engineers that included replacement of undamaged, legacy busway with conduit and wire, at great cost due to a large scope of required piping and equipment re-locations. Jones Group evaluated the existing electrical system and worked with a local manufacturer to design a transition from the existing un-damaged busway to a new conduit and wire system – an approach that generated a substantial savings in installation cost and recovery time.

This cost- and time-saving approach was approved by the New York Electrical Advisory Board as a pre-performance concept to assure all parties that it was acceptable to the code authority.